Irish Hills Farm raises quality American Saddlebred Horses.  It has long been a passion to raise these beautiful horses.  Saddlebreds are known as the "Peacock as the Showring".  There is more to this breed.  Saddlebreds are also known for their "people personality", versatility, competitive in more than one discipline, and are smart.

To raise an excellent foal you need quality sire and dam.  We currently stand Johnny's Little Patches, a bay/white tobiano.  We will stand High Point's Ivory Coast, cremello,  in 2011.  Check-out their pages for more information.

In our broodmare band, we have the following mares:  The Champagne Duchess, Shimmer's Lady Naranda, Stonewall's April Ice,  DRK Sassy Doll,  Sultan's Fancy Jane and On the Wings of Angel .   Click their name to learn more about these wonderful ladies.

(please note we do not always raise a foal each year) 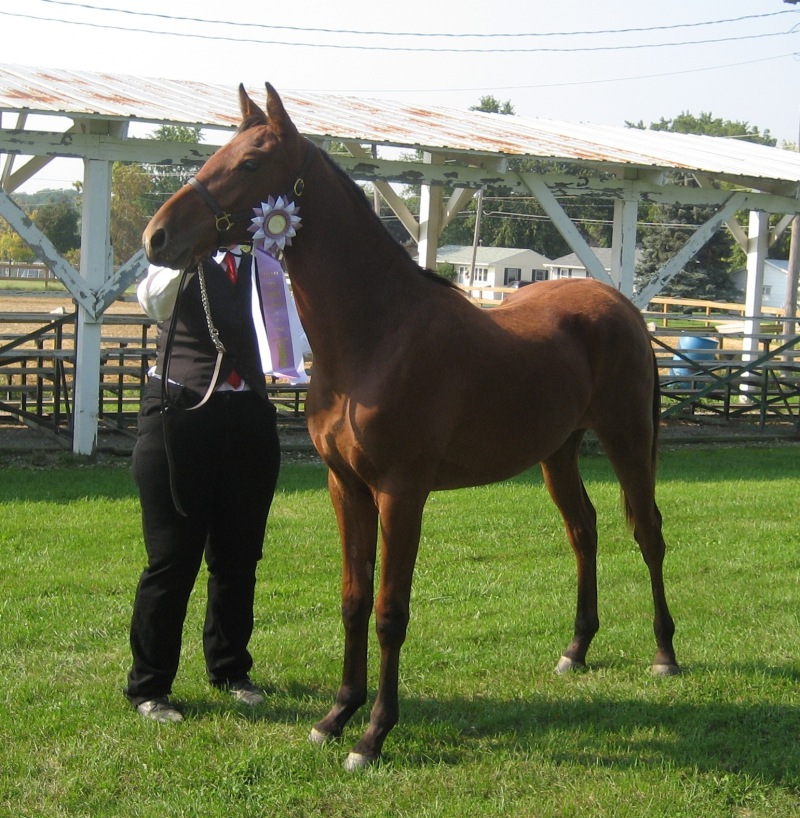 Her fulll pedigree:  click here for The Champagne Duchess' pedigree

Flower has 5 registered offspring with ASHA.  Her offspring have been shown successfully in the showring.

Her full pedigree:  click her for Stonewall's April Ice's Pedigree

April's first foal was a National Show Horse for A Riesing.  She produced a chestnut filly, Stonewall's Sire Call.  See photos in the photo gallery of Siren.

In 2012 April gave birth to a beautiful palomino filly with chrome, Ivory's Crystal Slipper.  She has produced another very athletic filly.  See photos under 2012 foals in the photo gallery. 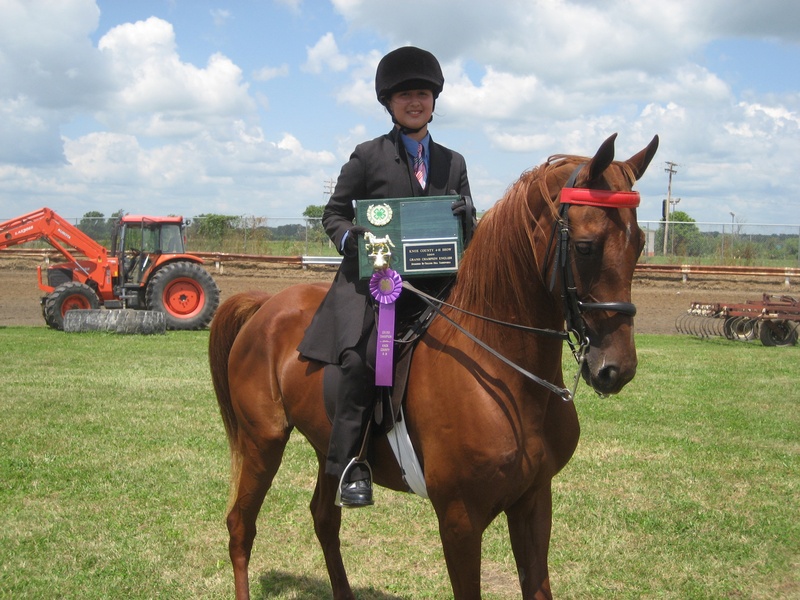 Sassy is currently part of our show string and special appearance lesson/camp horse.  Sassy is also a 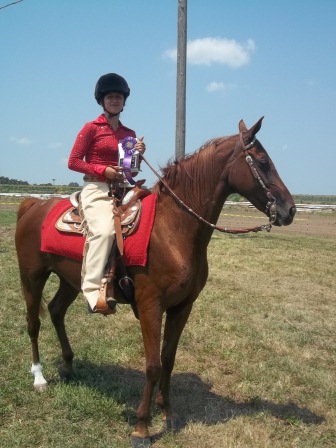 She was shown successful last 4 years by Elena J with many wins and ribbon placements on the open and youth show circuit.  Elena and Sassy were the Reserve Champion Saddle Seat in 2012 at the IL Jr. Horse Show.  Look for this pair again in the show ring in 2013.  To see pictures of Elena and Sassy, check-out the photo gallery. 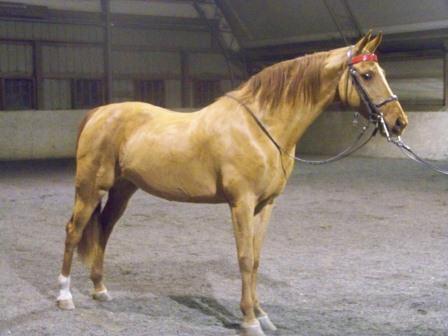 On the Wings of Angels

Anna is in training this year and will be shown in 2011.

Sultan's Fancy Jane, aka Jane, is a 2001 chestnut park mare.  She is by Truly Stonewall of Boyd 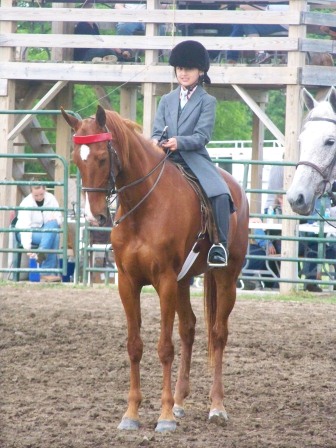 Sultan's Fancy Jane is part of our show string.  Jane and Thalia had a good show year in 2011 and 2012.   Check out photos of this pair in the photo gallery.  Look for this winning pair again in 2013.

We will miss you Naranda!!!

Shimmer's Lady Naranda, aka Naranda is 2003 chestnut/white tobiano mare.  She shows the potential to be a nice gaited mare.  She is by Shimmer (Chubasco x More Than Ever) and out of Naughty Naranda (Chubasco x Ch Naranda).  Our Naranda has many well known horses in her pedigree including:  Chubasco 2x, Ch Yorktown 2x, Wing Commander 2x, Spring Valley Deliverance, Night of Folly, Supreme Sultan, CH Hayfield's Noble Lady, Valley View Supreme 2x, Hide-way's-Firefly Supreme, and Ch Narnada.  Check out her full pedigree below.

Naranda has had Firelilly (bay filly) and Johnny B Goode (black colt) for us.  See Photo Galleryfor pictures of her offspring.