To raise a successful foal, you need both a quality stallion and a quality mare.  We no longer stand a pony stallion.  However, we have some offspring of  Luck of the Irish, who has had several successful foals.  Please check-out our Quarter Pony Mares below or by clicking their name:  IHF Silk Sensation or IHF Black Pearl

(please note we do not breed for a foal each year)

******We are no longer breeding Quarter Ponies.   Our quarter ponies are for sale. 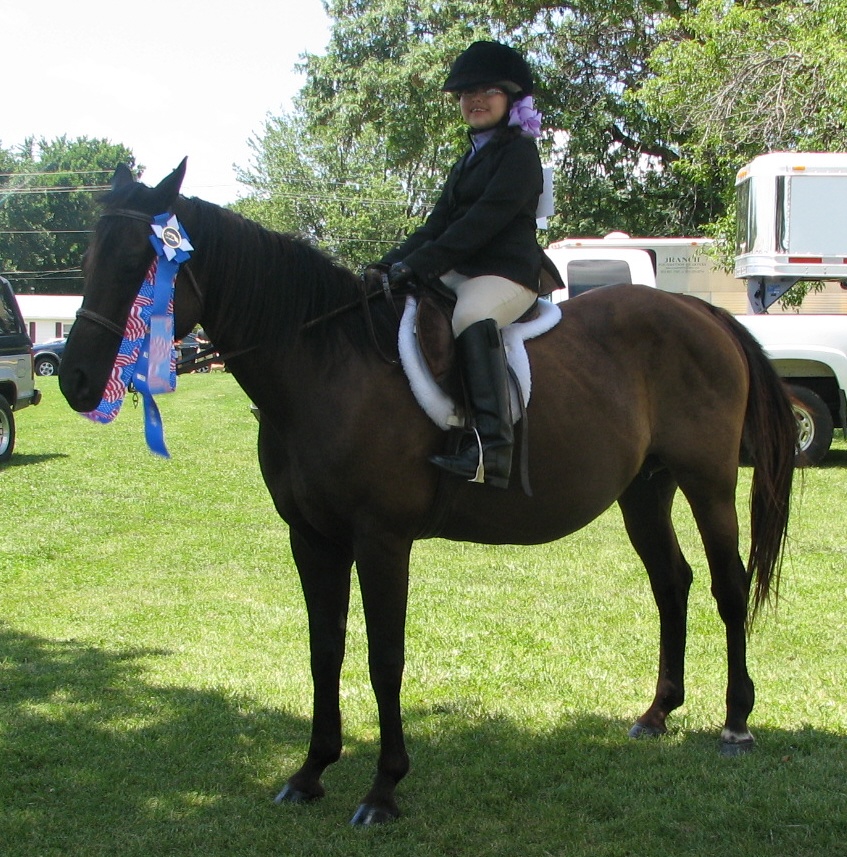 IHF Silk Sensation was hardshipped registered with IQPA.  We did try to recover her original quarter/solid paint horse papers, but were met with several road blocks unfortunately.  The only thing we know of her bloodlines is that she has some foundation breeding. 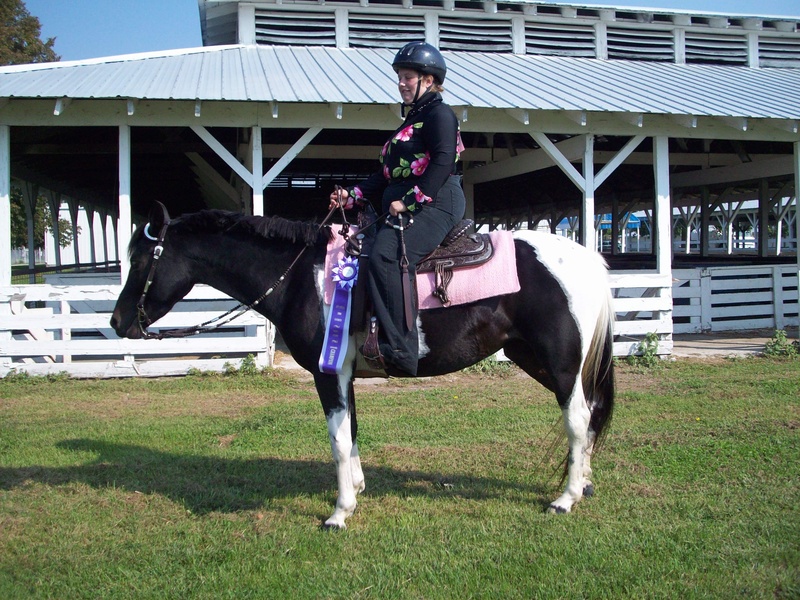 IHF Black Pearl, aka Pearl, is a 2003 black/white tobiano paint pony mare.  She stands 13.3 1/2 hands tall.  Pearl has been shown successfully in halter, walk/trot, English Pleasure, and western pleasure.  She has competed in futurities and been in the money several times.  Pearl championships include:  2004 QCABHA Futurity Reserve Champion Lounge Line, 2008 QCABHAB Futurity Champion Maturity Pleasure, and Knox County 4-H Overall Pony Champion.  Pearl does show the potential of being competitive in reining or as a great all around horse.  She was been shown both English and Western pleasure.  You can see more pictures of Pearl in the photo gallery.

We bred Pearl in 2010 for a 2011 foal to Luck of the Irish.  She had a beautiful bay and white tobiano colt in 2011.  His name is Unexpected Luck.  Check him out in our photo gallery.  We hope to eventually have her tested for being homozygous for black and/or tobiano gene.

IHF Black Pearl is eligible for Pinto pony papers.  We are planning to hardship register her with IQPA.  Pearl's breeder was a elderly gentleman who raised lots of paints and quarter horses.  He was not always the best at paperwork.  Her sire's barn name was Bud.  He was a black/whtie tobiano and was around 14.0/14.1 hands tall.  This particular breeding farm preferred to breed working cattle lines and/or foundation bloodlines including Poco Bueno and Leo, which we suspect is in her pedigree somewhere.