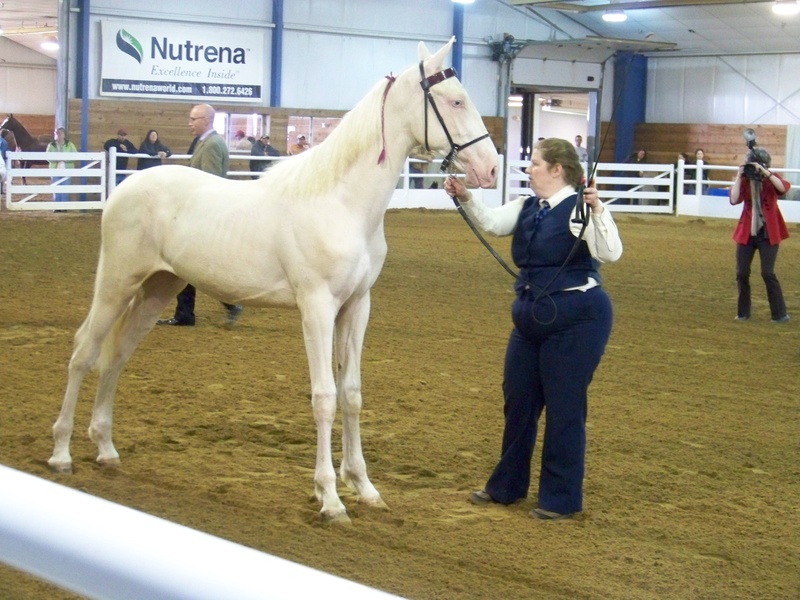 High Point's Ivory Coast, aka Ivan, is a 2008 cremello American Saddlebred colt.  He stands 16.2 hand tall.  His first 3 palomino offspring arrived in 2012.  Check out the 2012 foals and 2013 foals.  He has foals arriving in 2014 starting in April.  Ivan will be nominated to the IL Saddlebred Futurity, IA Limited Breeder's Stallion Service auction, IA Saddlebred Futurity, Get of Gold, and Lamoine Trails Saddle Club Futurity.  If you would like High Point's Ivory Coast nominated to stallion service auction or a futurity, please contact us at [email protected]

High Point's Ivory Coast is double dilute for the cream gene.  He will be 100% color producer of Palomino, Buckskin, Smokey Black, Perlino, Cremello, and Smokey Cream.  Which one of these color he produces  will depend on the mare's color genetics.  The link below is to a equine color calculator to let you know what your possiblities are. 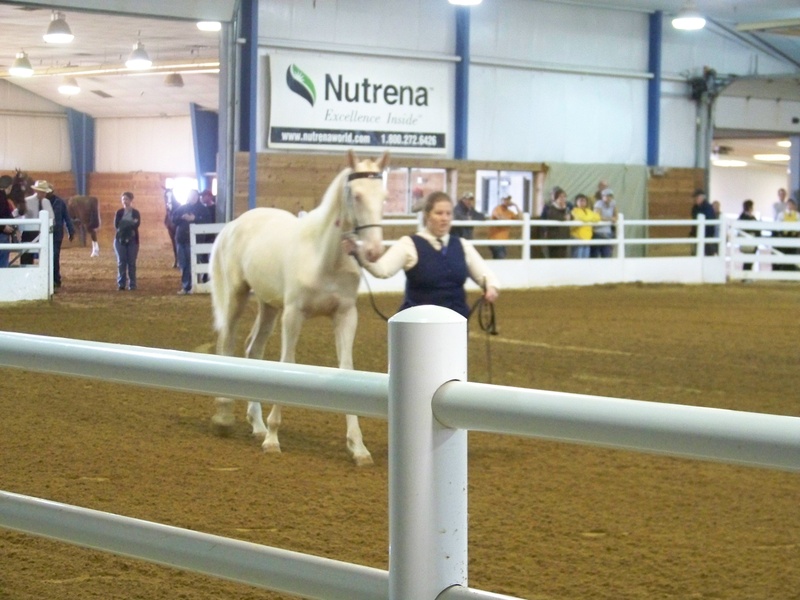 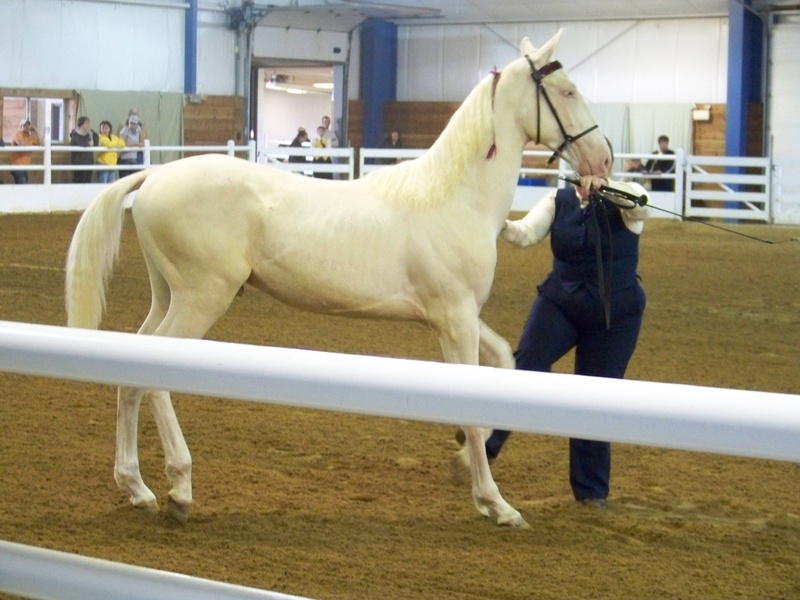 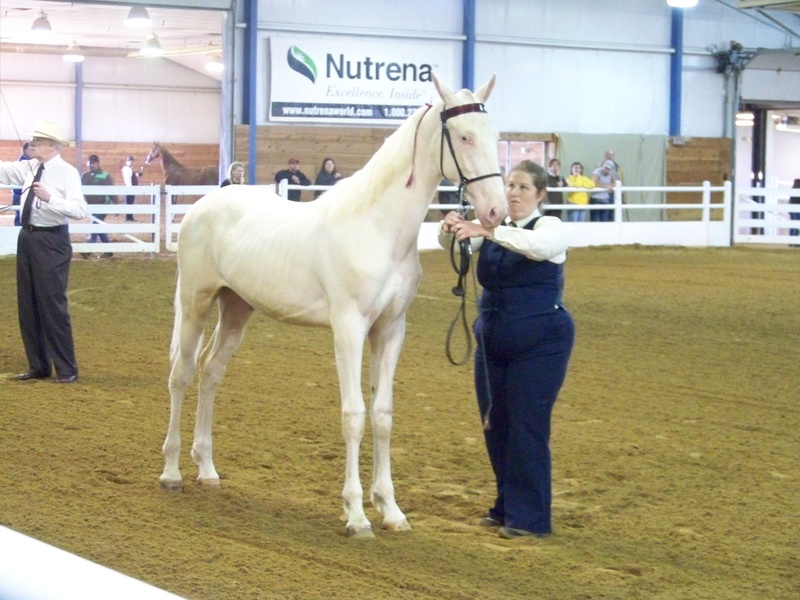 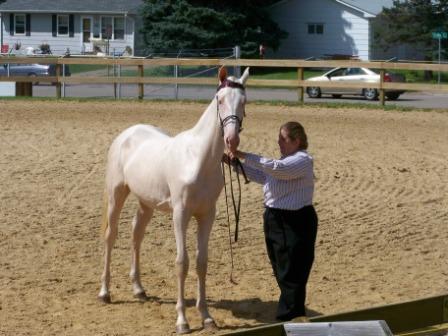 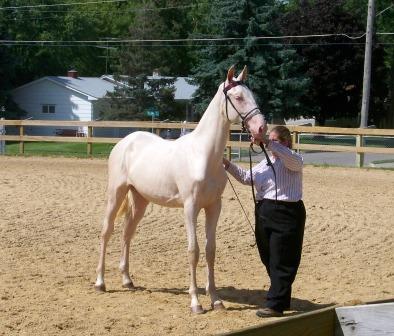 We showed High Point's Ivory Coast in the 2009 QCABHA Futurity and Open Show.  He placed 3rd in a huge yearling class of a variety of breeds (Quarter Horse, Paint Horse, Arabians, etc...).  He received two 5th places in 2 and under halter and Light Horse Halter.  Both classes were good size.  He received a lot of nice comments from the audience including how big is going to get?  To see more pictures of High Point's Ivory Caost check-out the photo gallery, especially the pictures by RA Images. 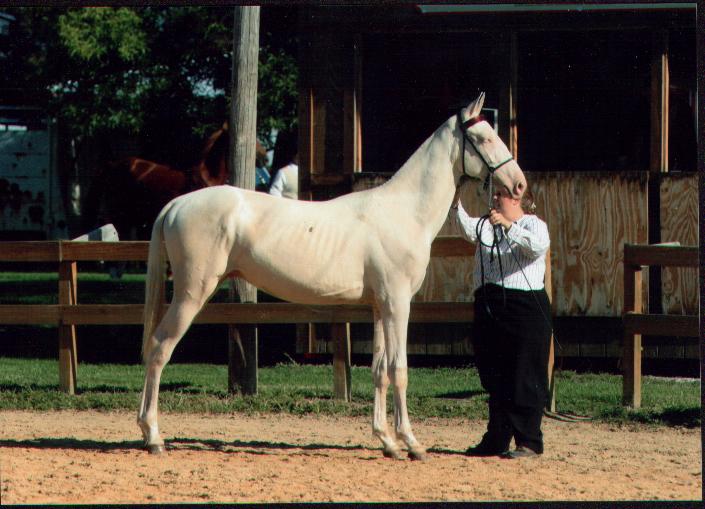